This is a collection Spurious recipes using Ventre Montant (French for Belly-Up) animals one finds on South Dakota Highways.

“I made a remarkable discovery one evening while doing some calculations.

I discovered there was a large difference between the daily fatalities of various critters on South Dakota highways and the number of those critters removed by scavengers such as crows and coyotes. According to my calculations the state’s crow and coyotes would almost have to stand wing to shoulder to remove all those animals that have a meaningful relationship with an oil pan at 55 miles an hour every night.”

While this is written by Bruce Carlson so it’s sure to be a great read. Many funny twists. We also have many other works by him to choose from.

There are no reviews yet. 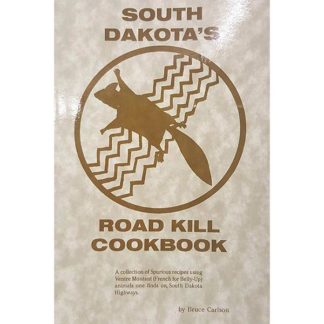